Silver and Bronze at the World Marmalade Awards 2020

Woodcrest Kitchen is celebrating having beaten entrants from over 40 countries to receive prestigious bronze and silver awards at the 15th World’s Original Marmalade Awards. The competition had its most successful year yet, receiving record entries of over 3,000 in total from all around the globe. With entries from countries including Lebanon, Japan, the USA, Argentina, Senegal and Australia, these awards are a real privilege!

Jane Hasell-McCosh, founder of the Awards, said: ‘It has been a special joy to announce this year’s Award winners, and we have been absolutely staggered by the quality and standard of entries into the 2020 Marmalade Awards. There have been so many delicious flavours and ingredients, and so many highly skilled producers, who should be incredibly proud of their products, and their achievements. The Awards have always been about championing small producers who are making high quality products, and in the current circumstances I think it is more important than ever that people support them. Every jar is made with so much love, all over the world.’

What are the Awards?

The World’s Original Marmalade Awards were founded in 2005 to help to preserve, grow and widen one of the most British of customs – marmalade making. From small beginnings they have grown into an internationally renowned and highly acclaimed event, with support from leading companies such as Fortnum & Mason, The Worshipful Company of Fruiterers and Paddington Bear. Judged by a panel of experts, Dalemain roundels denote marmalade of exemplary quality. 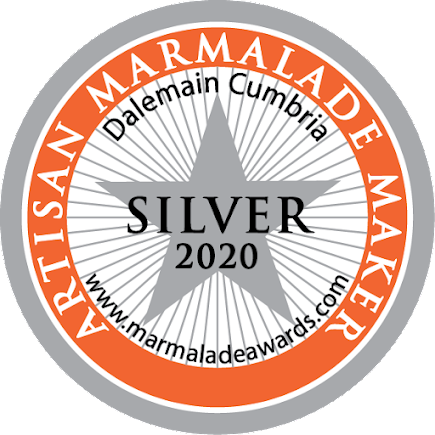