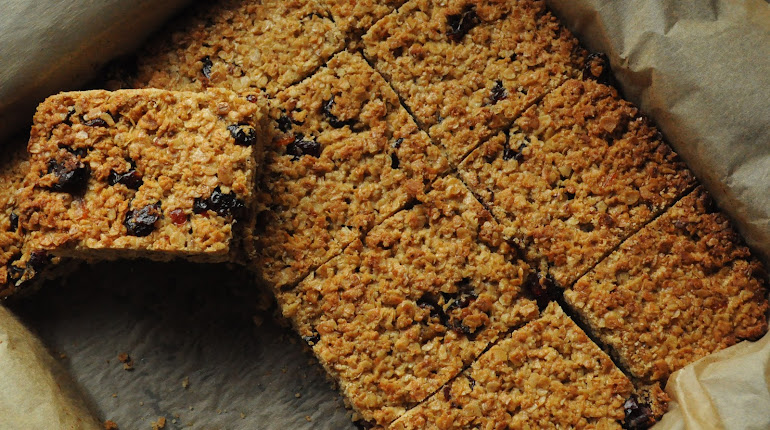 Marmalade doesn’t just have to be used on toast, try it as a glaze for chicken, on top of a steamed sponge pudding or in this delicious recipe; a ‘grown up’ tasting flapjack based on a childhood classic! It not only tastes great, it’s really quick and easy to make too!

2. Melt together the butter, sugar and golden syrup in a large pan on the hob.

3. Stir in the ground ginger and marmalade then add the porridge oats and cranberries to the pan. Mix until combined.

5. Bake at 170 Degrees Celsius for 25 minutes or until lightly browned.

6. Leave to cool and slice into portions.